GREAT RIDERS AREN'T BORN. THEY'RE MADE.

If you’re ready to experience the unique thrill of riding your own motorcycle for the first time, there’s no better place to learn than the New Rider Course at Harley-Davidson™ Riding Academy. Experienced riders, take your skills to the next level with the Skilled Rider Course. Available now at Pig Trail Harley-Davidson in Rogers, Arkansas! 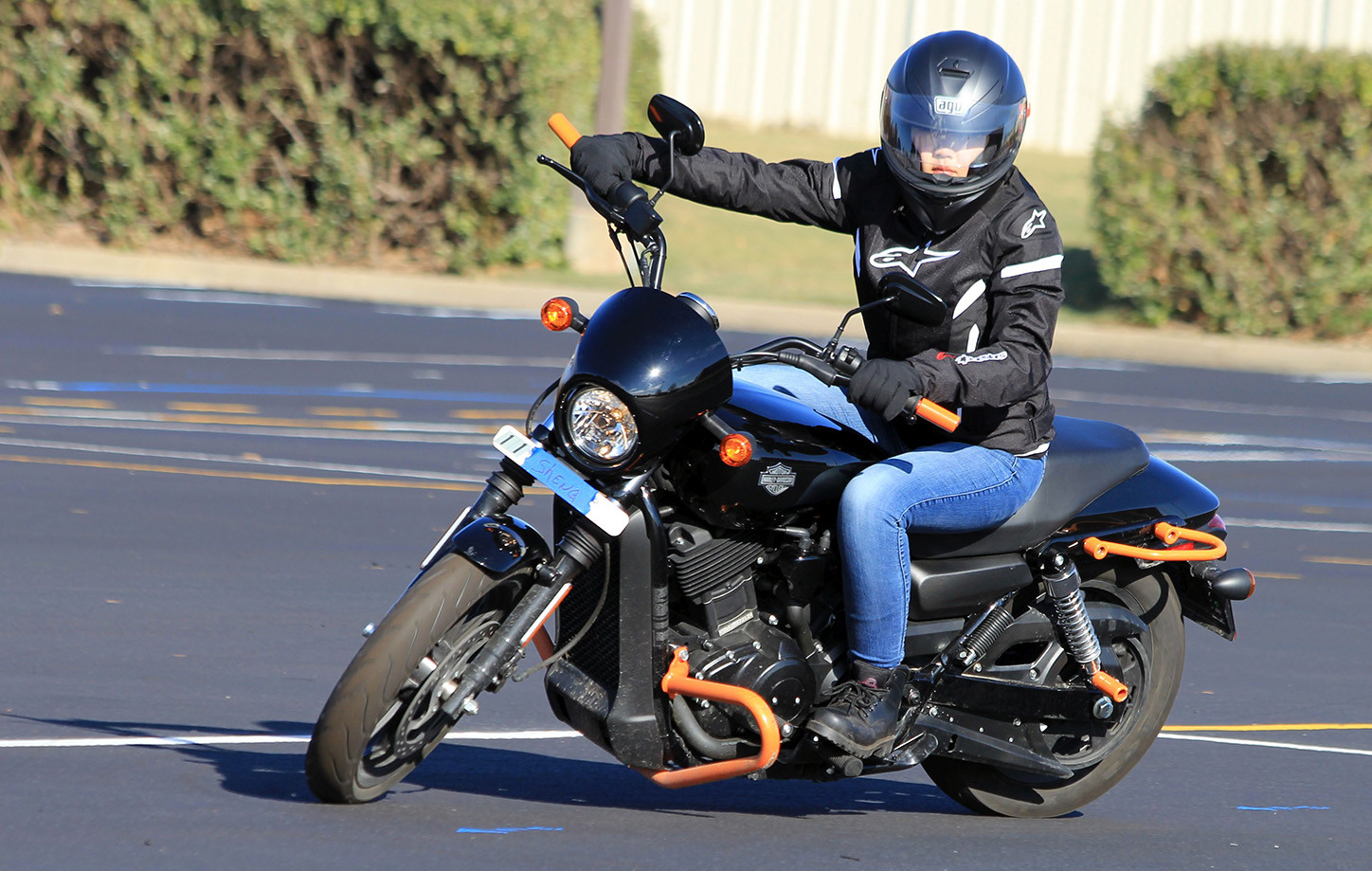 When you take a New Rider Course at the Riding Academy you’ll:

What will I need to register?

You'll need a valid automobile driver's license or learner's permit, and have the ability to ride a bicycle.

Do I need any special gear?

You'll need to bring the following:

Take your riding to the next level with the Riding Academy Skilled Rider Course. Because the more you know about the road, the more it has to offer. There is a better rider in all of us - no matter how long you've been riding. It's time to get more out of the road, more out of the ride and more out of yourself. 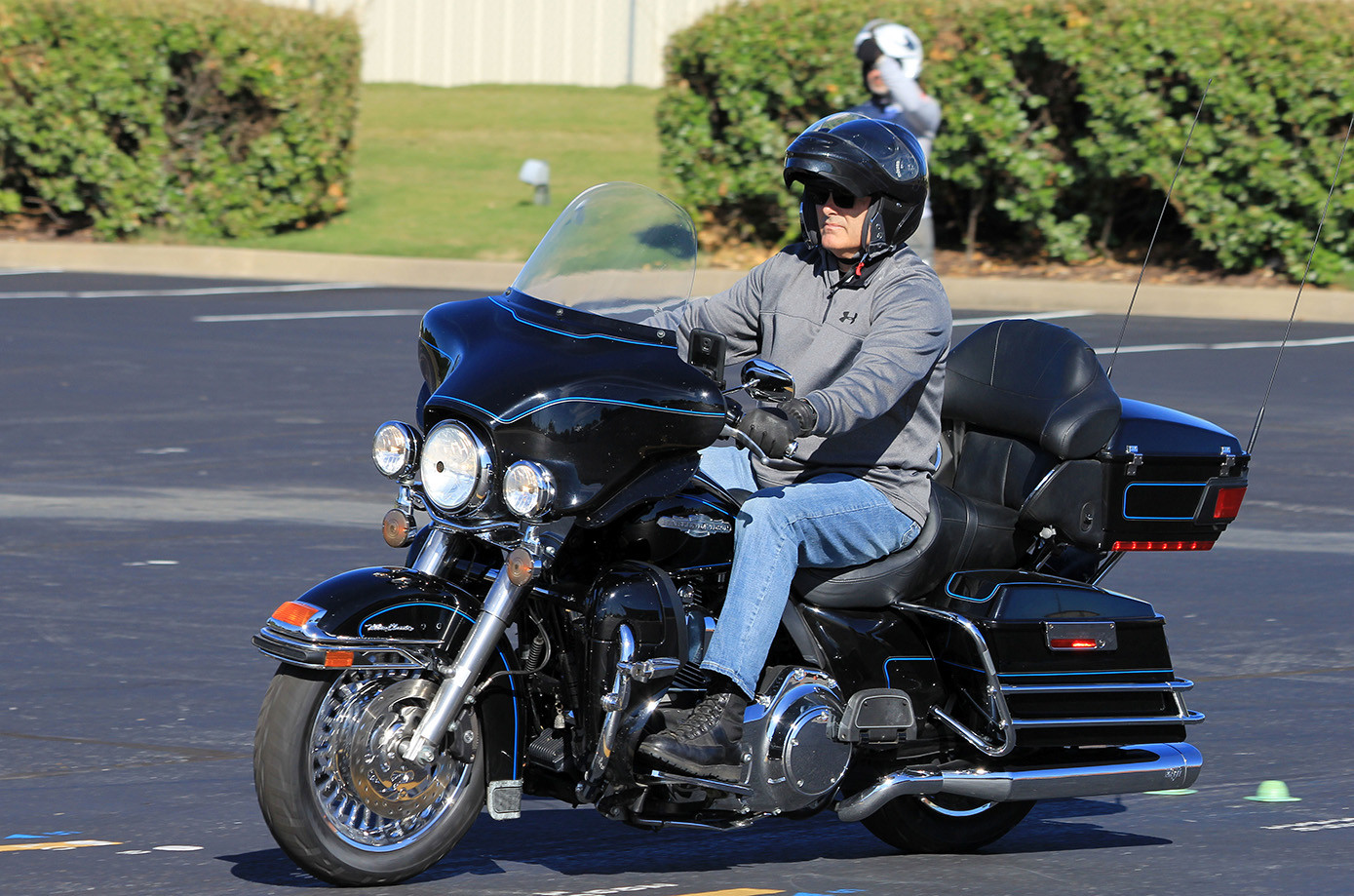 You’ll learn advanced tips and techniques to help you own the road.

When you’re done, you’ll not only ride with more confidence than ever, you’ll earn an MSF Basic RiderCourseSM 2 Completion Card that may qualify you for a discount on motorcycle insurance.

What will I need to register?

Do I need any special gear?

You'll need to bring the following:

What bike will I ride?

For the riding portion, you will provide a street-ready motorcycle.

I began my motorcycling career in 1968 on a little Honda 50 mini-trail and I rode the wheels off that little bike. Like many folks I progressed through mini bikes, to dirt bikes and then finally big street machines. My passion knows no brand or style of motorcycle only that the ride is what inspires me.

My first exposure to formal riding education was as a new Air Force Airman. The department of defense realized they were losing too many people in motorcycle accidents so they made the basic rider course mandatory for all motorcyclists. I approached this class with apprehension thinking to myself what can THEY teach ME about riding motorcycles, but this course changed my life! You might be surprised to learn that basic fundamental motorcycle skills are taught and refined through practice. You are not born with these skills nor do you learn them from your cousin or next door neighbor. The course proved to be expertly designed and an exciting, meaningful experience. It was immediately after that course I decided to become a Rider Coach. I am passionate about motorcycle safety and I am convinced the skills taught in these courses have saved my life on more than one occasion. The ride for me is a bond with my machine with a conscious effort to manage the variety of hazards and traps found on a daily ride.

In 2013 my wife and I relocated to northwest Arkansas to enjoy our retirement and ride these beautiful Ozark Mountains. This is where I had the pleasure of joining the Pig Trail Harley-Davidson® Riding Academy. This group of thoughtful, committed Riding Academy Instructors will change the way you look at motorcycle safety for the rest of your life.

Motorcycles have been in my family for many, many years. I began riding on my own when I was 5 years old. There are family pictures of me in diapers riding on the fuel tank holding onto the cross bar of a dirt bike. Not sure if Mom or Dad was the operator. Life has come a long ways since then. I now use a motorcycle for work. You may ask, what job allows you to work using a motorcycle. The answer is ? - Motor officer for the city of Fayetteville. I began this career in 1995 and became certified for motor patrol in 2000. The whole family rides and my father has a repair shop. Once motorcycling gets into your blood it becomes a part of your life forever. I encourage everyone who has an interest in motorcycling to get involved and give it a try. I always recommend a safety course. No matter what the outcome, you will be a much safer driver and more aware of motorcycles while on the roadways. Who knows, it may also get into your blood too.

I began my street motorcycling experience in 2005 and the passion has continued to grow since. I purchased my first bike on a whim due to the brilliant cobalt blue 2004 HD® CVO™ Deuce which “sold me”. I have since purchased other bikes keeping them all to this day except for one that got traded in much to my chagrin. I’m often asked why I kept all of them (instead of trading them in). I tell people that when we decided to have our second child I didn’t trade in the first child. So, I have used that same philosophy regarding bike purchases.

In 2006, I took the Skilled Riders course at PTHD which launched my interest in becoming a better rider. I made a point of riding with people that were better than myself merely to learn from them. 2013 was the year I was asked to become the Head Road Captain for the H.O.G.® Chapter (Harley® Owners Group). Through much research and diligence, I spent hours on the range working with other Road Captains practicing our skills to make tight turns, cone weaves, emergency stops, etc. It was then that I decided that I needed to become certified to teach the Riding Academy program which I completed in 2014.

Becoming a Rider Coach Instructor for the Basic Riders Course and the Skilled Riders Course’s has been enriching toward my own safety awareness and riding abilities. Seeing the smiles and progress from students has been a thrill to be a part of. From people that have never been on a bike to those that have been riding for 30 years will gain from taking our courses. It will truly provide a solid foundation for you to learn the proper techniques to riding vs listening to those myths. What are you waiting for? Sign up for a class today so you too can learn to ride safely and properly.

I have completed 5 Iron Butt Association rides and am behind the handlebars for 20,000 – 25,000 miles per year. I base decisions on SILR – Screw It Lets Ride!!!